A Place To Fear 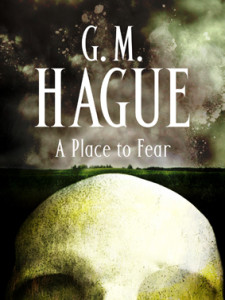 A Place To Fear

(Temporarily unavailable as I republish under my own name)

In the small sugar cane town of Hickory supernatural events are on the rise. There are odd, frightening lights hovering above the river and crop circles in the fields. The strange sightings aren’t limited only to the night sky. Glimpses of ghostly apparitions are seen through the windows of shuttered houses-sightings of people only recently buried. The situation rapidly gets worse as the eerie lights are more brazen, the dead are seen walking the streets late at night, and at the local cemetery the soil over the graves is starting to stir… There is no escape for Michael Garrett and Kerry Wentworth, two newcomers to Hickory. Communications with the outside world are cut off and anyone attempting to enter or leave the town never finish the journey. Hickory has become a bad place to be – a place to fear.

As I’ve explained in my other book’s introductions my stories are inspired by single ideas and built upon from those. In this case, it occurred to me that human beings from the beginning of time have tried elaborate and sometimes dangerous, or even evil, rituals to communicate with the Dead – and attempted to bring the dead back to life, too. Theoretically, without much success – depending on what you choose to believe. But for advanced civilisations from another planet it must be pretty easy, right? I mean, for a people who can travel the vast distances of space, resurrecting a human corpse should be a piece of cake. Because of the references to UFO’s and crop circles A Place To Fear was another of my novels that sometimes earned a science fiction label, but again this isn’t true. It’s about a small town filled with ghosts, walking dead and evil spirits, all of whom have a bad attitude towards those people still alive… perhaps not alive for much longer. Why is it all happening and where will it all end? Of course, you’ll have to read A Place To Fear to find out.

3 thoughts on “A Place To Fear”

Tales Of The Paranormal

My newsletters will only be about my writing, books, music or announce the latest blog. Honest. Really.